The Leadership Summit dey bring our,important people for Naija to discuss how to carry d country go next level. This time around na Peter Obi come face Naija youths one on one. All media pple dey around to see how e go be. Pidgin Radio self dey on to cover the event and share tori.

He also tell d pple say naija problem no be corruption. He talk say na mentality of Naija pple. D pple need to dey think and do beta things for their country.

Many oda owners of industries for naija show face too. Abubakar Atiku no show face at all bcos of he dey visit other naija pple wey he dey talk to. Aminu Atiku, Atiku pikin represent him papa. He talk say him papa and Peter Obi represent Job creation and gud economy. He believe say if naija fit vote dem, everything wey concern job and economy go beta.

The Youths self chuk mouth for the matter wheb dem ask Peter Obi questions. He answer all d questions and everybody waka with happy face to believe say Peter Obi fit do d job for naija.

Oziomachukwu Favour Mojekwu
popularly known as Ozzybosco, the Wonderkid has been sensational not just
with his musical career but also with his philanthropic activities in the
society by storming the streets of Lagos with his adorable mother to
restore hope to the Poor mothers.

The youngster, 11, who is rated  as the No 1 kid entertainer in Nigeria
still believes he can make immense contribution to the development of the
nation by taking to the streets of Lagos to celebrate the Democracy Day
with the aged women. Ozzy was sighted around Ikeja area of Lagos putting
smiles on the faces of the people by issuing an envelope of money to the
old women selling wares by the roadside 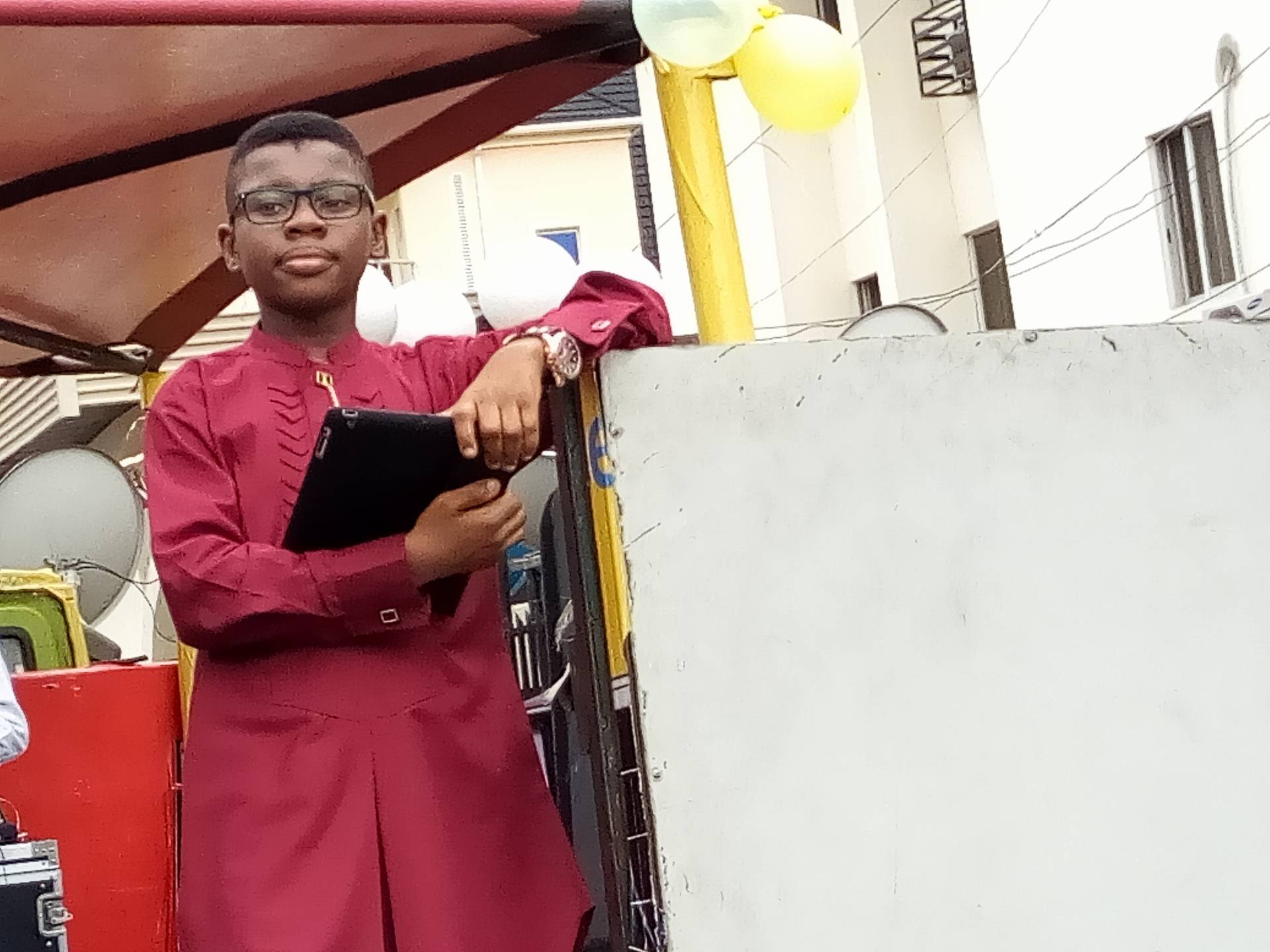 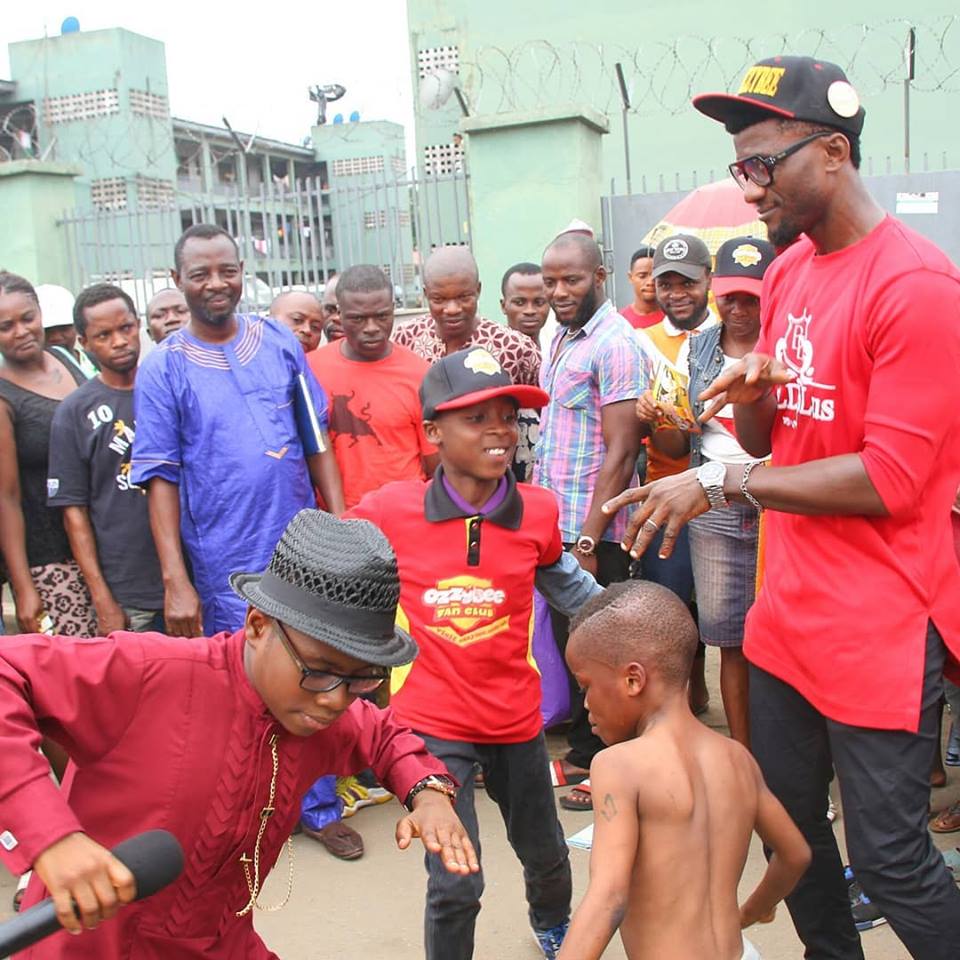 The streets of Ikeja was filled with an uncontrollable crowd trying to
steal a gaze of the wonderkid. Indeed, it was dramatic. Several media
organizations including Pidgin Radio were on ground to capture the
beautiful memories of Ozzy and his super mum showing love to old women. A
mother of four children who was given a token by Ozzy, claimed the children
are graduates but she has been selling drinks to make ends meet. She
thanked Ozzy so deeply for extending kind gestures to her to the point of
shedding uncontrollable tears of joy and showering incessant prayers on the
wonderkid. When she was asked how she felt, she noted that “this is the
greatest thing that has ever happened to me. I am really happy to meet this
people today. May God bless you ma and this young boy shall grow from
strength to strength in all his endeavors”. 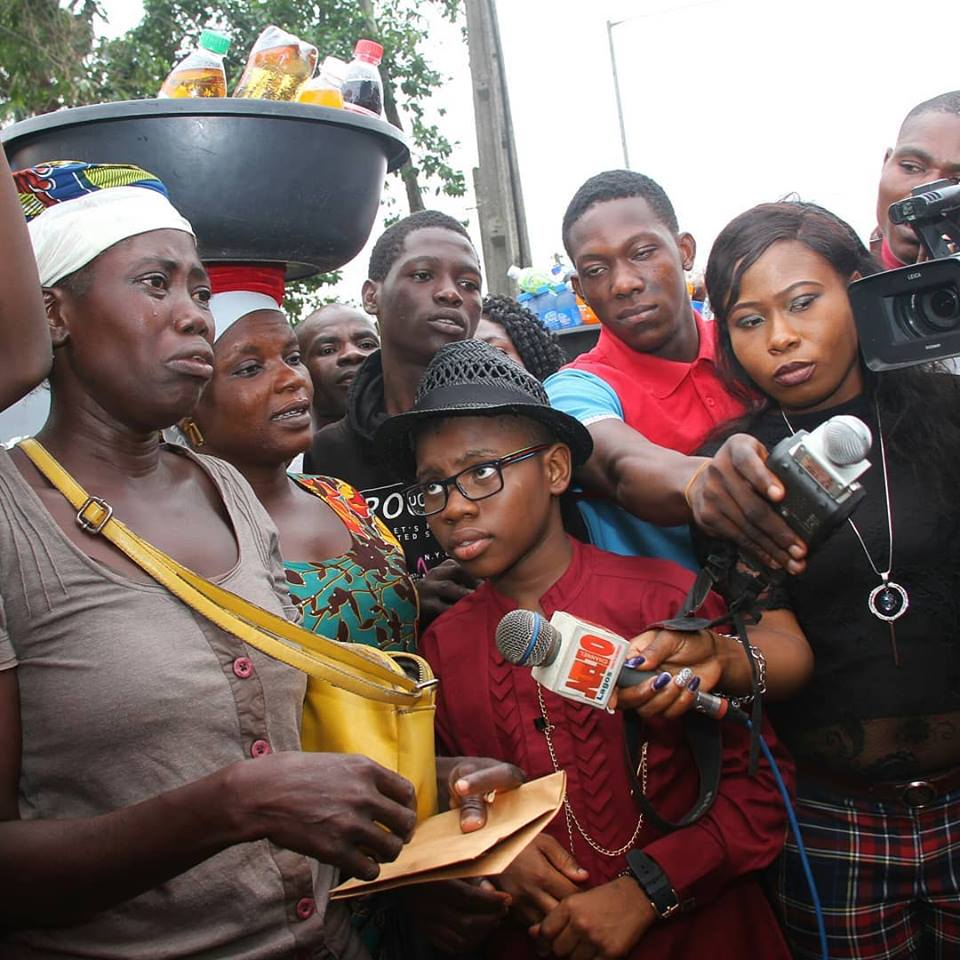 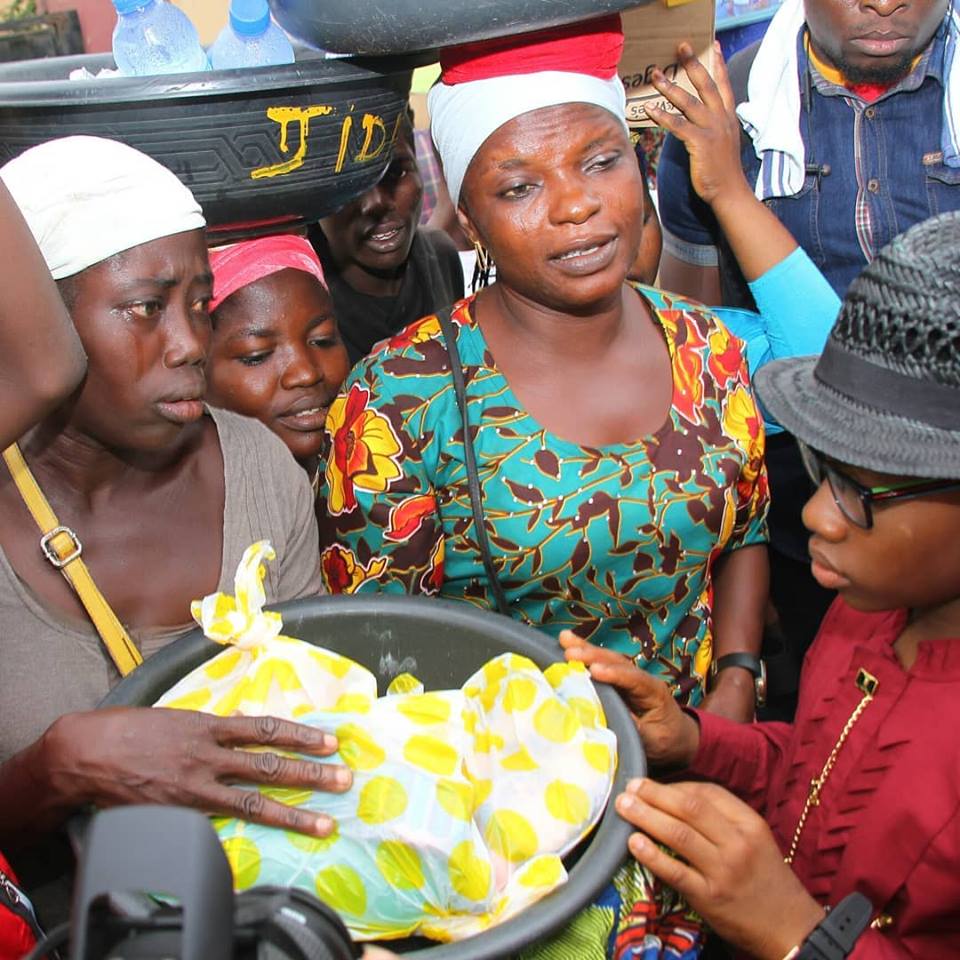 The wonderkid moves from there to other places where he ran into a old woman
believed to be in her late 60s. She sells writing materials for pupils and
students in Ikeja and its environs. When he handed the envelope of money
and the goody bags to her, she was bewildered. She prayed fervently that
she wept joyfully and thanked them for the kind gestures.She hugged him so tight as a dear son to a caring mother. 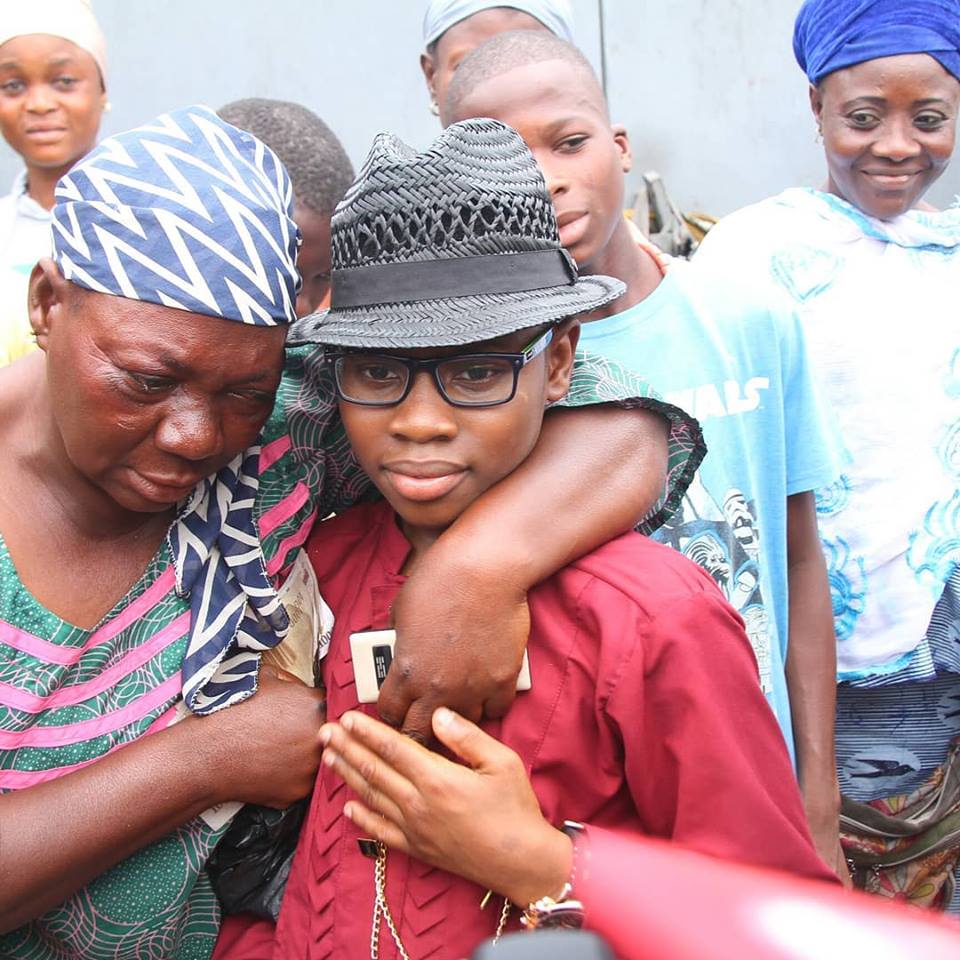 Ozzybosco is indeed a blessing to his generation and the world at large. He
didn’t stop his tour at Ikeja. He was seen at the Ozone Cinemas in Yaba
area of Lagos, sharing tickets for prospective audience of various movies.
He also bought tickets for children at the movies. That’s not all he did.
He also had pictures with veteran Nollywood actress, Toyin Abraham. 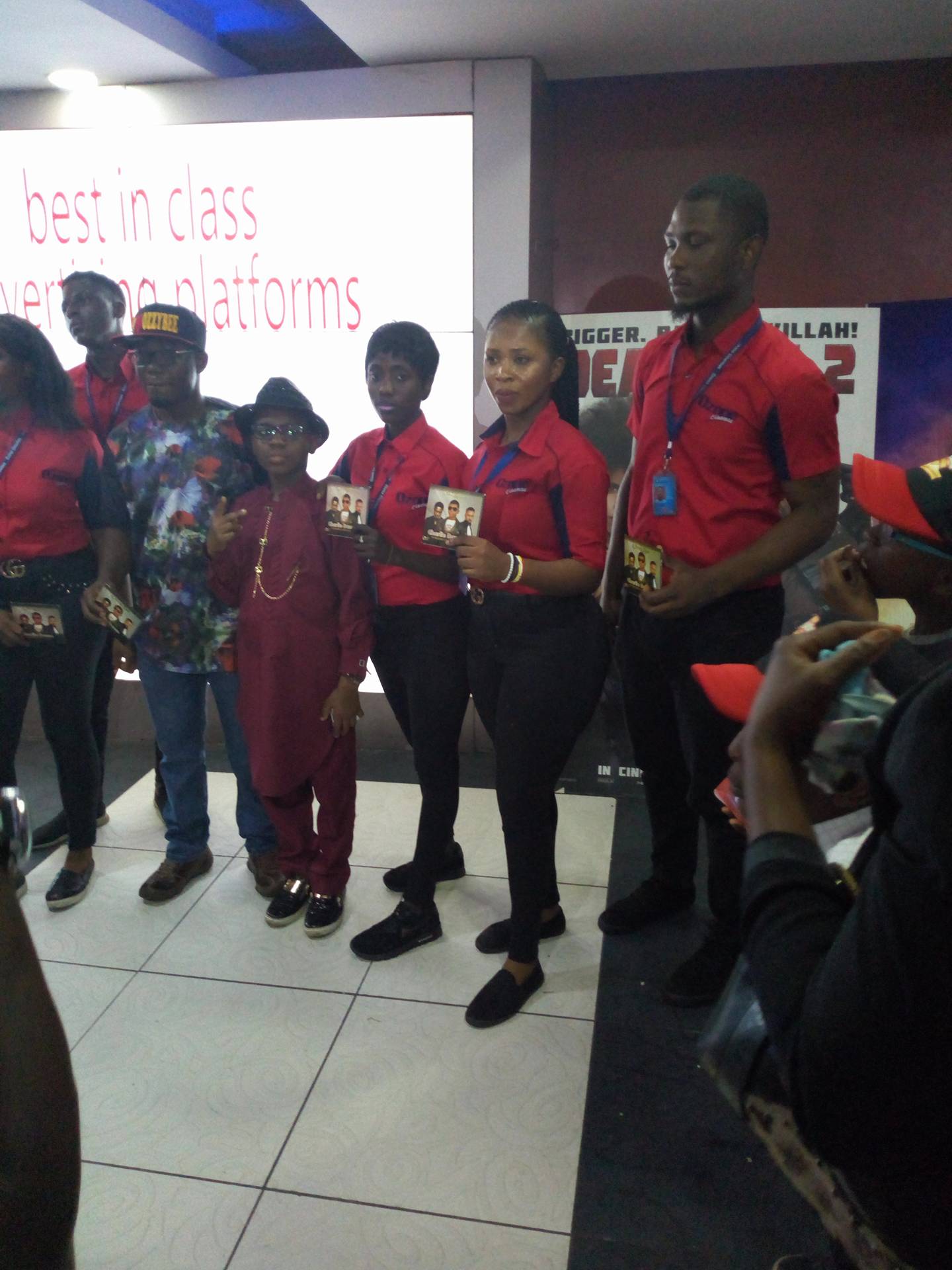 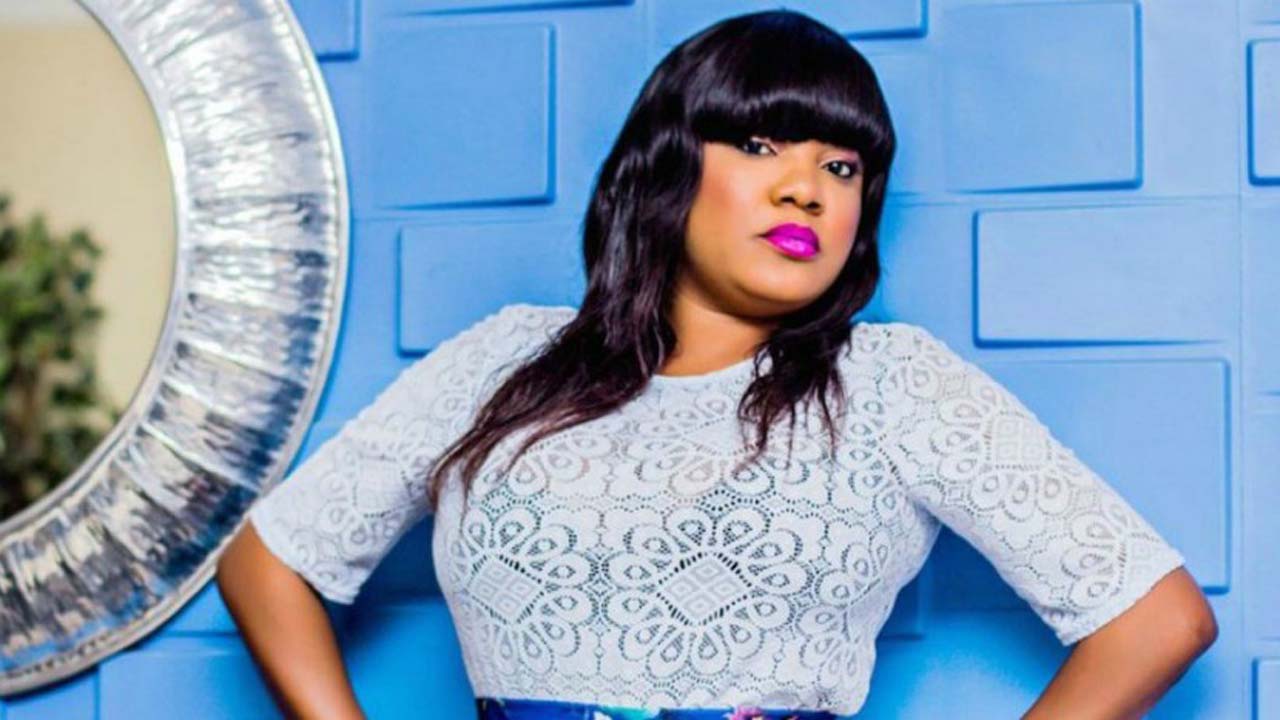 One of the prospective viewers, Sarah by name told Pidgin Radio “I am very
happy that Ozzybosco issued me a ticket here. Of course, he is a celebrity,
and I really appreciate his kind gestures”. One of the beneficiaries who is
a boy, noted that he felt so great to hang out with Ozzybosco the Wonderkid.Indeed, a good name is better than riches. 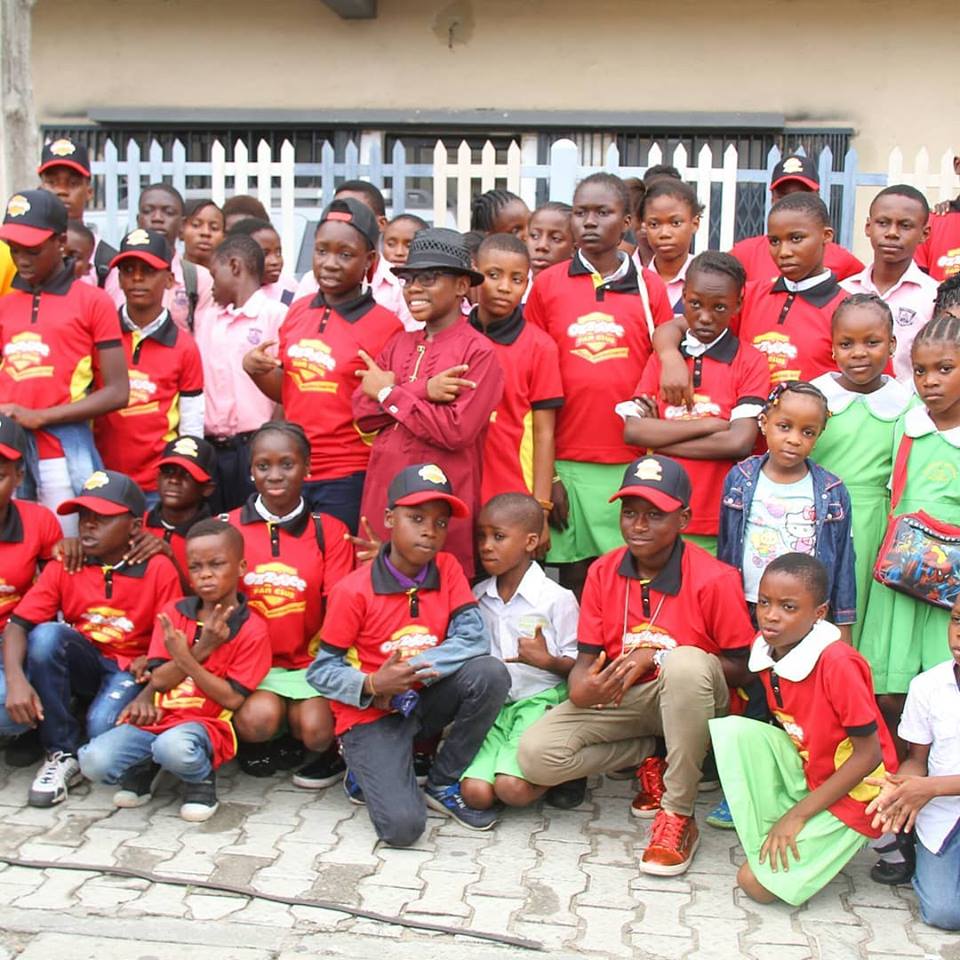 Ozzybosco is not only
influential but has also left an unforgettable mark in the society by
standing in the gap to ensure lives are touched positively. He gives
gratitude to God for keeping him alive to make impacts in the society. He
also showers deserved accolades to his amiable and ever caring mother, Mrs
Mojekwu for supporting him in every way to make sure he is what he is
today. He told Pidgin Radio, ” I want to thank my big mummy for everything
she has done for me. God bless my big mummy”. The wonderkid strongly
believes this tour will not end here. He intends taking it not only in
Nigeria but round the world. When his mother was asked to express her
feelings, she said that this kind gestures to people is to restore hope to
them to believe in the Nigeria of our dream. She noted that we can achieve
peace in Nigeria. She is passionate about the less privileged in the society and their travails. 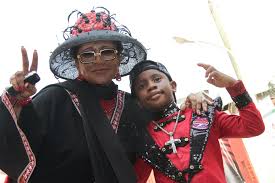 The Wonderkid is indeed a wonder to his world. He is the recipient of
several awards and recognition such as the Youngest African Entertainer of
the Year by the Classic Africa Merit Award 2012, Youngest Peace Ambassador,
Youngest African Entertainer to be signed brand Ambassador by the Lagos
State Waste Management Authority (LAWMA) and Tigo Milk ( CWAY Food and
beverages) and many more accolades. He has 14 singles and has recorded with
great artistes in Nigeria such as Olamide, Vector, Ruggedman, Lamboginni and many more. 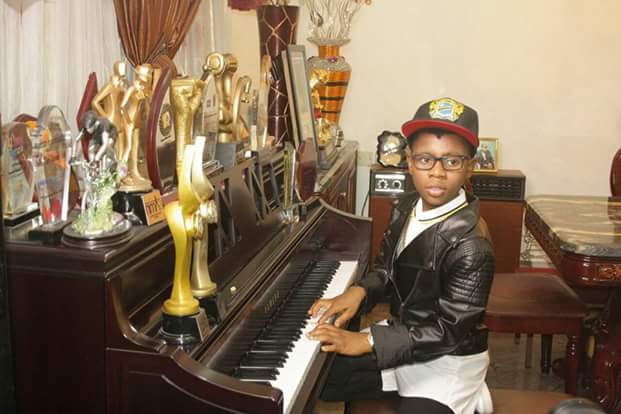 No one will forget Ozzybosco the Wonderkid in a hurry,having done all these
to the society. We hope and pray he gets better and stronger in all his
endeavors. 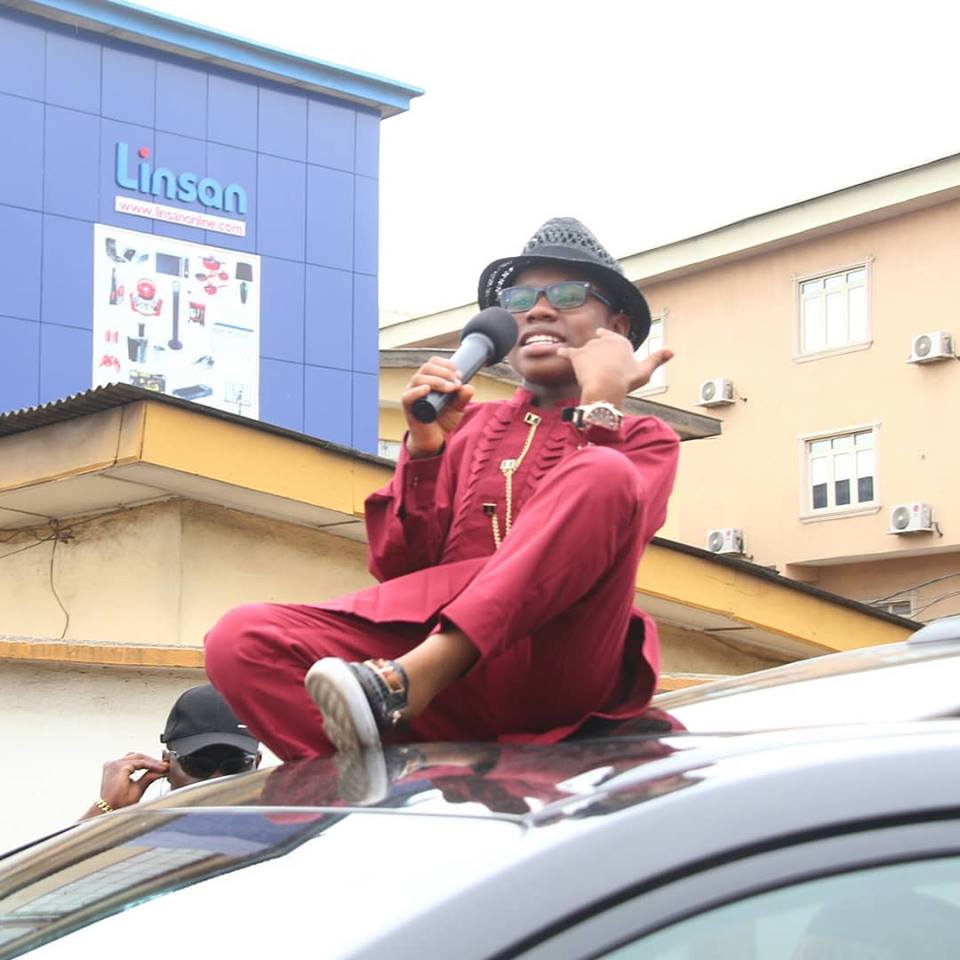 After proving themselves as confirmed leaders in the music space, with a track record of success, G-Worldwide announces the latest additions to their rosters. Easy Jay and Ajura, are the latest talents to be unveiled.

G-Worldwide Head of Artist Management, Louiza Williams said: “We are thrilled to welcome Ajura and Easy Jay to the G-Worldwide family. They have all it takes to develop and become superstars in the African music scene, and will be game-changers in dominating and bringing African music to the world. We are extremely excited to have them as a part of the team and are eager for the journey ahead.”

Ajura took a very unconventional route to making music. He began as a dancer.

Born Daniel Alaba Ojamomi, in Ondo State, Nigeria, he is the last child of a family of 8. Tragedy struck early when he lost his dad at 3. But he forged on.

His early education was in Kabe College, Ilogbo, where he picked up dancing as an art of expression. He would later become popular as a member of the school football team, picking up the nickname, Ojams 10.

A lack of funding limited his chances of becoming a professional footballer, although he had support from his mother. But that support didn’t accompany his decision to make music.

After discovering his love for music, he dived into music production, dedicating his time and scarce resources to creating art. He was later able to start earning from his craft and providing for his family. Ajura, possessing a large heart, would later finance projects for his talented friends, paying for studio sessions and equipment. But his mother insisted on getting him more education, which he did.

In 2013, Daniel got admitted to Federal College of Education (Technical), Akoka, where he honed his craft, polishing his talents amassing fans via releasing and performing music. He graduated in 2016.

Ajura was signed to G-Worldwide Entertainment in 2018. He has a diverse set of musical influences, including luminaries such as Asa, D’Banj, Wande Coal, Sugarboy, Burna Boy, Kiss Daniel, Beyonce, Akon, Chris Brown, and R. Kelly.

“He sees music as a tool and agent of change, both physically and mentally. I want to use my music to speak for the dumb, my lifestyle to influence the deaf and my sound  to open the inner eyes (minds) of the blind,” he says. 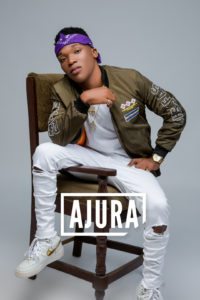 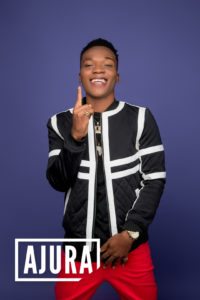 Easy Jay watched his parents go through a divorce as a kid. But that didn’t stop him from finding his path.

Born Oluwashola Raymond Oyekan, in the ghetto of Mushin, Lagos State, he is the first child from a family of three. At age 12, while in High School, his parents got a divorce and split up the family. That would take a toll on the young man, who went through primary education at Queen Maris International School, before moving to St. Saviours International School.

Irrespective of the breakup, he carried through his education, and found a way to move past the hurt to keep loving his parents.

Music came to him in middle school. At 13, he was already trying his hands at songwriting, and would use school free periods as mime sessions. All of these got him the colourful nickname Sholi Akon. He was also popular for his rare accent and scintillating vocals.

His first recording experience came in 2015, where he impressed in the studio, snagging an instant management deal with the producer, which helped him get more music recorded and developed his talent. That same year, he got into the Federal University of Technology, Akure, where he is currently in line for a degree in Project Management.

Easy Jay was signed to G-Worldwide Entertainment in 2018, and cites Fela Kuti, 2face Idibia, Usher and Chris Brown amongst others as his key influences. He operates across genres, blending elements from Alt-R&B, Highlife and Afro Pop.

“In few years, I want to inspire a young boy somewhere in Africa or anywhere around the world watching on me on TV to say ‘I want to be just like Easy Jay’,” he says. 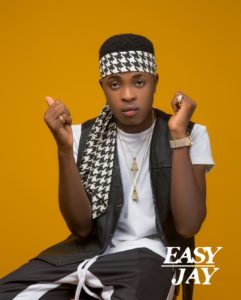 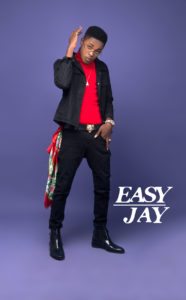 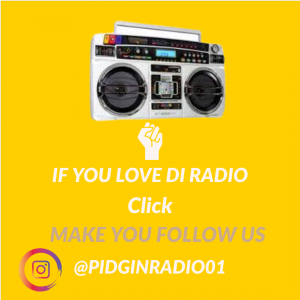